Two stories in Jerry Craven’s book Saving a Songbird, “Waiting for Grace” and “Picking Figs in Friendswood”, relay events from his youth in Friendswood during the fifties and include locations such as Pete Workman’s Café, the Brown family fig orchards, and Mary’s Creek among others.

Jerry Craven is Press Director for Lamar University Press, Ink Brush Press, and Editor-in-Chief of Amarillo Bay.  He is a member of the writing faculty at Lamar University.  Jerry holds a Ph.D. from Bowling Green State University in the areas of Seventeenth-century English literature, British and American poetry, with a doctoral minor in linguistics.  His latest books include The Wild Part, Tiger, Tiger, Saving a Songbird, Searching for Rama’s Spear, The Big Thicket, and Becoming Others.
Read passages from “Picking Figs in Friendswood” below. Find the entire story in Jerry Craven’s book Saving a Songbird: http://www.jerrycraven.com/


“Yessir,” I said. It seemed like a stupid question. Everyone liked figs. Even my dogs back in Venezuela liked figs, would catch them out of the air and growl at each other while I picked ripe ones and flung them for the catching. Andy’s dog wouldn’t do that, and I considered him a degenerate Texas mutt, spoiled and lazy. Grandma Stella had a new puppy that showed some real promise of becoming a fine dog, though I hadn’t thought to offer it a fig.


“Good. Glad to hear it. You stand over there, you hear?” The foreman pointed to a tree laden with ripe fruit. “Eat five or six while you wait.”


Andy glanced at me, a look of amusement in his eyes, as did several of the other kids, and I felt resentment prickle the back of my neck, for they were up to something no good. Those country kids living in Friendswood, Texas, liked to laugh at my expense just because I was a city boy and didn’t know much…


…The foreman gave instructions to the rest of the fig pickers while I examined the ripe fruit on the tree he had ordered me to stand beside. The entire tree was a marvel of construction, the leaves large, raspy to the touch and resembling the leaves of the chaparro trees that grew here and there on the savannahs of Venezuela, though of course the chaparro was more sturdy, couldn’t bleed milk when you plucked a leaf, and bore no fruit at all. Yet it was one of the significant trees of my childhood, for the chaparro was the only thing sticking up on the savannah and thus the only climbable object for looking long distances, if you didn’t count the palms and mangos, the rosewoods and silk cottons growing into giants in the jungle that snaked through the savannah following the El Tigre River.


I eyed the figs with pleasure and reached for one of them since the foreman had told me to eat several. They hung like gigantic maroon drops and were the biggest figs ever because they were a special type planted by the Brown family, the rich folk in Friendswood who owned whole orchards of figs and pears...


…The Brown family figs were bigger than a kid’s fist, and to hear Andy and Jacob and the other kids tell it were the best-tasting figs in Texas, in North America, in the world, and one perk given to those who picked the figs is that they could eat all they wanted. It was the perk that drew me into showing up when time for fig picking came. The sixty-cents an hour pay was a secondary consideration.


What need had I of sixty cents an hour, I demanded of Andy, who had a tough time persuading me to give up play for work. “You go pick figs,” I told him. “I’m going swimming in Mary’s creek.” It’s something we did every day except for Sundays when, according to Grandma Stella, the Lord forbade little boys to enjoy a swim…


…The creek wandered deep in the woods, mud yellow and not deep except for where it widened into swimming holes to become deliciously deep and good enough for diving. Mostly the trees in the woods were pines, though along the creek other trees grew—willows and sweet gums with great branches for climbing and for tying rope to swing over the creek and into the creek. The best place to swim was on the Brown property, a place where the creek turned and gouged out a terrific bank a boy could leap off, one of the few places for miles around where the land wasn’t flat as a plate. To get to that place on the creek we had to climb through the tightest barbed wire fence in the county, and swimming there meant risking being caught by the caretaker of that part of the Brown estate. He was mean-looking man with eyebrows like caterpillars, and he always wrote our names down on a pad he produced from a hip pocket so he could tell our parents “next time I catch you boys crossing that fence.” But he had a terrible memory, Andy and I concluded, because he never told.


It took me some time to select the best fig while waiting for the foreman to get the other kids started picking, and those moments were good ones, mouth-watering moments of delay to make the fig taste even better for thinking about how good it would be. Each fig I inspected looked better than all the others. The one I chose seemed to leap into my hand without the necessity of tugging, and a tiny nibble was all it took to make me a complete convert to Brown orchard figs, for it was the most delicious fig ever grown, and while I chewed, eyes closed for concentration and fig close to my nose for the perfume, it was the only fig in the world. I knew in that moment that such a fig was worth giving up a swim in Mary’s Creek…


...When I opened my eyes only the stem of the fig remained between thumb and finger. With the grit of the seeds still sliding in their wonderful and magic way between my teeth, I reached for another gigantic maroon drop, loving the color and the smoothness, the softness, the illusion of mist on the fig where maroon faded into a frosted color. Eat five or six, the foreman told me, and I laughed at the thought, for these were far too big, and nobody, not even Uncle Truett, could eat five or six. I might get most of a second one down, but that had to be the limit. Eat six? With smaller figs maybe, but not with Brown orchard figs…


…The foreman hurried over when he saw me about to fling away part of a fig. “eat up, eat up, boy,” he said. “It’s a sin to waste good figs.”


So I forced down the rest of the fig. “Now another,” he said. “You got to eat another. No self-respecting fig plucker can stop after eating only one fig.”


“What? Only two? Look, boy, you got to eat more than that. Your cousin, what’s his name?”


“Andy. Your cousin Andy ate a full baker’s dozen the first day. You know what that means, don’t you?”


That he lied about it, I thought; that’s what it means. But I said nothing.


“Thirteen. That’s a baker’s dozen. And you have to do at least half as good. If you don’t, then you’re a no-count fig plucker and I got to send you home. Come on, now. Take this one.” The foreman picked the biggest fig I had ever seen and pressed it into my hands. “Down the hatch.”…


…The foreman did get me to eat the big fig he picked, and it surprised me that I could get it down. The last couple of bites were too sweet and figy-tasting to suit me. He frowned in a fierce and spooky way. “That’s only three,” he said. “You got to eat another one right now.”


His tone was so scary and his eyes glinted in such a hard way that it seemed there was nothing I could do but try to eat another fig. “That one?” I pointed to the smallest I could find.


…I thought the foreman would kill me with figs. He hit me with a mixture of cajoling and threats that proved irresistible, and I ate several more, finding each one increasingly distasteful. “Come on, boy, you’ve almost proven yourself as a genuine Friendswood fig plucker,” he said. “One more and you will be there.”


“One more. Then I’ll set you to work. A penny a minute you’ll earn, and that ain’t hay. Come on.” He held a fig toward me; I hiccupped again and swallowed hard to keep from throwing up. “I do believe you look a little green around the gills,” he said. “Good, good. Tell you what, you get to work, and in an hour or so I’ll come see to it that you eat a couple more figs.”


“Oh, yeah? Not even half of one?” He ripped open a fig and held it under my nose. I gagged. “You done good.” He patted my shoulder. “You’re now ready to help all those other fig pluckers bring in the crop.”…


…I picked figs all day after the foreman got me to eat a whole mess of them, and I noticed that nobody ate any of the figs they picked. Neither did I. At the end of the day the foreman leaned close to me and whispered, “You’re the best fig plucker of the bunch. I’m proud of you. You come back tomorrow, you hear?”


I liked being the best fig plucker of all the kids, especially since I was a city kid and not supposed to know much of anything.


On the way home from work, Andy said, “I saw the foreman talking to you, and I know what he said. He said you are the fastest fig picker in the county, didn’t he?”


“Nope. He told me a secret.” It irked me that the foreman might tell all the kids they were the best. Besides, he didn’t tell me I was the fastest. He said I was the best, which probably meant I was most thorough or most careful.


“Sure he did.” Andy laughed in a mean way and added, “I’ll bet you ate figs all day long.”

Matthew Riley, MLS
From the Reference Desk was created to promote Friendswood library programming and the artists and professionals that share their talent and knowledge with the community. Contact email can be found in the profile. www.friendswood.com 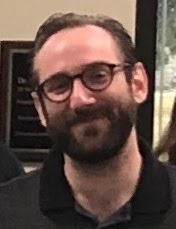